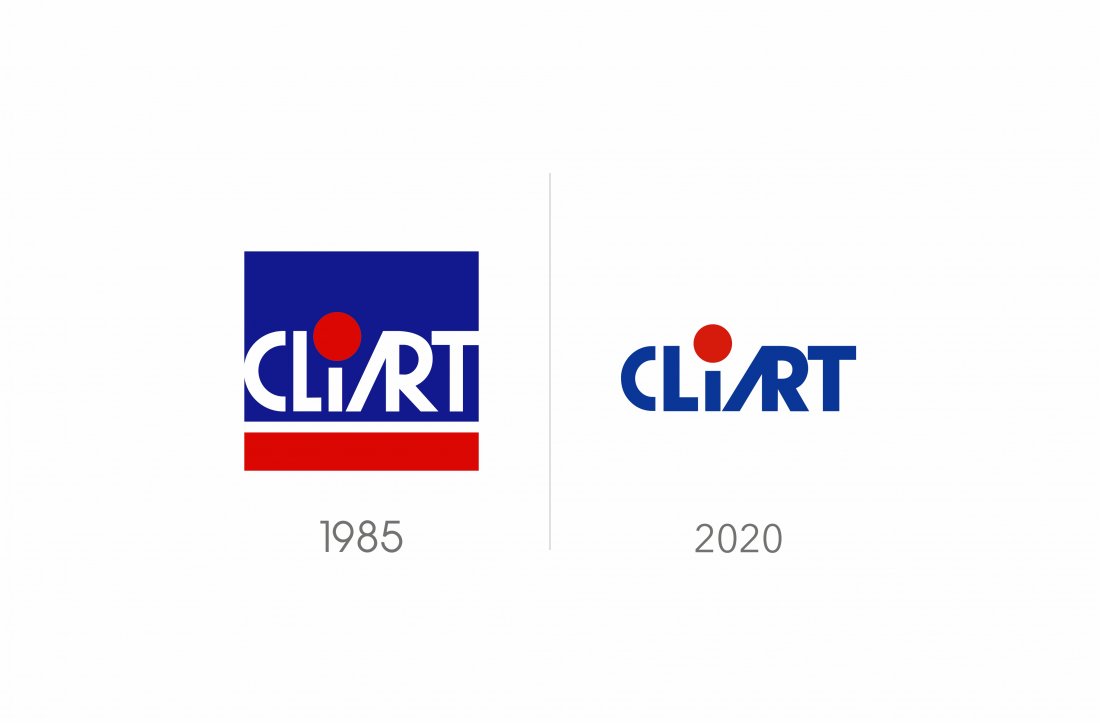 In the year of the company's 35th anniversary, the Cliart brand redesign project was completed, based on the growth of its participation in the packaging industry, from package design to implementation.

The updating of the graphic language had as purpose the increasing of the brand dynamism by using a flexible system. The main points have been summarised and can be seen below.

The logo has undergone a significant adjustment in proportions; in this revision, the i-drip has gained more strength as a customisable element, which, when unfolded, becomes a screen system. In the chromatic code, blue became even more sober after an adjustment in tone; red continued to expand, but in recalculated proportions; white appears on coloured backgrounds. The module has taken on a circular form and proceeded to work as an accessory element, on the contrary to what had happened up to now. The institutional alphabet followed the same aesthetics revision, which resulted in the adoption of a more stylised font.

All the other features will be presented, naturally, along the digital and physical applications of the brand.

You can see the project, here.